This course is the first step towards learn Quran online. Basic Quran Reading is for absolute beginners who have not any previous Quran reading experience. In this course we will teach the basics of Arabic alphabets, pronunciation and reading the Arabic words. After completing this course you will be able to read and recite the Holy Quran easily.

This course is for childrens and adults, who want to learn Quran reading and Recitation. 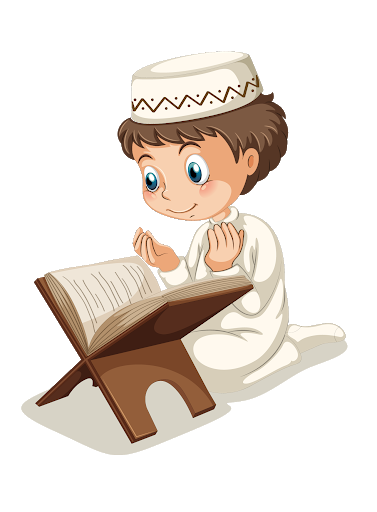 The Messenger of Allah (SAW) Said: The most excellent of you is the one who learns the Quran and teaches it. (Sahih)

Read the Quran, for it will come as an intercessor for its reciters on the Day of Resurrection.

The ultimate revelation of Allah (S.W.T) on his beloved Prophet (PBUH), The Holy Quran, is a complete code of life for every individual of this world. Apart from the rewards that you are blessed with, in this world and hereafter, the Quran can make your lives smooth, peaceful and successful. Reading Quran should be the foremost priority of everyday lives, as it will remove your worries and resolve your troubles if read with devotion and tranquillity.

The Quran brings you knowledge about every aspect of life and whenever you come across a calamity, you can refer to the Quran for help. However, the Quran should not be only referred to in the time of any mishap; it should instead be a regular part of our lives to look up for guidance on anything.

It is quite easy to Learn Quran Online with the number of Online Quran Teaching institutes you come across on the internet. The feasibility to Learn Quran Online at your preferable time and comfort is very effective and useful. Online Quran Teaching is helpful for kids and adults alike; the interactive sessions with knowledgeable tutors who interpret the Quran in detail imparts a better understanding of the Quran to their students. Shia Online Quran Teachers offers various courses of Quran Memorization, Fluent Reading of Quran, Translation and Tafseer, and Quran with Tajweed etc. through organized commencement of classes. The Online Quran Classes include effective lectures of qualified scholars and interactive sessions with the competent teachers via Skype etc. All such eases have made it quite handy for every individual to Learn Quran Online.

The word ‘Tajweed’ is derived from the Arabic root word ‘j-w-d’, which means “to make well, improve, make better.” Tajweed is referred to the set of principles that should be followed regarding the pronunciation of the words while reciting Quran.

Why is Tajweed Important?

Learn Quran Online The improper or wrong pronunciation of the words of Quran changes the meanings of the words and the sentences, and therefore, can be interpreted differently, which is a sin. If not read correctly it becomes a sin; so, the religious obligation of Muslims refers not only to reading and learning Quran, but the actual obligation is to recite Quran and its verses accurately according to the rules prescribed by Allah (S.W.T) and his Prophet (PBUH). So, it is very important for every Muslim to Learn Quran with Tajweed to seek the literal and true essence of Quran.

Online Quran Classes Online Shia Quran ClassesHaving explained the significance of Tajweed, every Muslim should try to Learn Quran with Tajweed. Almost every Online Quran Academy of every sect offers courses of Quran with Tajweed. The erudite scholars explain the rules of pronunciation of every letter and word of Arabic through proper instruction and training. Many of the academies start their classes from ‘Noraani Qaida’, from which it is easier to understand the pronunciation of every single word that improves an individual’s command over the correct recitation of Quran.

So, a work of virtue should be started as soon as possible. All you need is a laptop or computer with a working internet connection. A mobile phone works too, if you are interested!